But it has been done.  The North American P-51 Mustang was ordered just one-hundred-seventeen days before the first prototype was rolled out.  That’s an incredible achievement right there.  Before the aircraft even got off the ground, putting all of its air superiority aside, the entire plane was designed and put together in less than four months.  It was flying less than two months after that. Why was the P-51 ordered you might ask? In the early 1940’s as World War II was ramping up, North American Aviation (NAA) realized we had no fighters that met the Royal Air Force’s (RAF) strict requirements, and we were in desperate need of an aircraft that could protect daytime bombing formations deep into Germany.  So in March of 1940, 320 new P-51 aircraft were commissioned by NAA.

It wasn’t until 1943 that enough P-51s were available to start doing some good.  Pilots found that the aircraft was an excellent long range escort fighter.  Finally, it was possible for the RAF to carry out their bombing missions at night, and the United States Army Air Force (USAAF) to carry out their bombing missions in the day time with P-51 escort.

As the war wrapped up, jet powered aircraft started to develop.  While many of the earlier aircraft in the Allied fleet couldn’t compete against the faster jet aircraft, the P-51 could.  This allowed the P-51 to be picked as the top piston powered aircraft during the end of the war.

The USAAF consolidated much of its P-51 fleet after the end of the war.  A few upgrades were made to the plane through the 1950’s and the fighter lasted much longer than other piston powered fighter planes.  While much of the world was looking to jet powered fighters, the P-51 continued to have a role even into the 1960’s.  Finally, the last two military P-51s flew in 1968 as chase planes for a military helicopter.  The last P-51 that was downed in military combat flew in 1965. By May of 1945 the top three P-51 groups had shot down 4,950 aircraft; this amounted to half of the USAAF total kills in the entire European theater.  Keep in mind that was only the top three groups, and if you break that down by day, it amounts to over 6.75 kills per day.

The two top scoring aerial combat groups (which exclusively flew P-51s) had 1,229 kills just between the two of them.  During the European campaign, the RAF and USAAF used the P-51 in 123,873 sorties.

The P-51 was capable of carrying ten 5 inch long rockets that were mounted under the wings similar to today’s missiles.  It could also carry 2,000 pounds of bombs under the wings in place of the rockets.  On long range missions the later models could replace the weapons with external fuel tanks to extend their range by 300 miles. A total of 16,766 P-51 Mustangs were built.  Many of them were sold to other Allied countries.  It was thought of as the top long range escort fighter of its time.  Many still fly today in homage of the original lead fighter of the USAAF. Sadly, it’s not likely that you’ll be out drinking lemonade on your porch one day and see a formation of P-51s flying over anymore.  You will mostly likely have to go to a museum or an airshow to see one.

There has been a trend over the past few years to do “heritage” flights at airshows with a WWII era plane flying along side one of today’s modern fighters.  Many times the P-51 is chosen for this task.  If you’ve been to a recent airshow and seen one of these “heritage” flights, then it’s possible you’ve seen a P-51.

It’s even harder to see a P-51 in the movies.  There was only one movie made that centers around the P-51 and that was a 1957 film called Battle Hymn.  There are a handful of other movies that you catch glimpses of P-51s: Empire of the Sun, Saving Private Ryan, Memphis Belle, and The Tuskegee Airmen all have a few scenes with P-51s flying.

If you get a chance, head over to an airshow and catch a glimpse of the one of the finest WWII era fighters built.  It will be a trip worth taking. If you don’t get a chance, buy your own P-51 Mustang model or remote control plane from Amazon! Just follow the links below:

Andrew Laird (usually referred to as “The Brother”) is the sibling of Alex Laird. He shares the same love for airplanes as Alex does and is the guest author of this post. 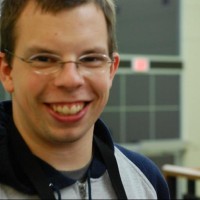